Located in Louisville, Kentucky, the Waverly Hills Sanatorium was opened in 1926 as a state-of-the-art facility for the treatment of tuberculosis.  Unfortunately, the treatments of the era (which included experimental surgeries and electroshock sessions) offered little hope to those unfortunate enough to have contracted the “White Plague”. As such, the hospital is said to have had more than 60,000 deaths within its walls. It was converted into a geriatric care facility in the early 60’s before being closed by the state in 1980. Recently, I had the opportunity to take a small group to the sanatorium for an overnight paranormal investigation. What follows is a brief account of our evidence and experiences from that night. 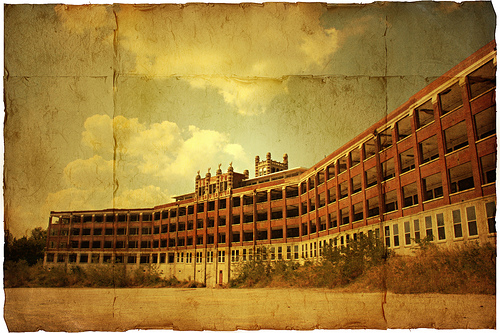 Waverly Hills is an imposing five-story, 800,000 square feet structure built on a hilltop. The architecture has a gothic feel that is enhanced by the numerous gargoyles added by the new owners when it was opened for tours. Restoration has been underway for several years, and the interior is for the most part structurally sound and free from debris. A few sections of the roof were the only areas off-limits due to safety concerns. After a short walk-through and historical tour with our guide, we were left alone to investigate as we saw fit.

The first floor housed the electroshock therapy room and morgue.

The cafeteria and chapel were found on the second level, and the third floor was strictly patient quarters. According to the staff, the fourth floor typically has the most paranormal activity. The operating room is located at the far end of this level, where encounters with a black mass have been reported. We were advised to use caution and not to explore there alone. The infamous fifth floor is actually a quad of rooms on the roof level. Oddly enough, this was both where the most mentally disturbed patients were kept, and where any children being treated were brought to play. Multiple legends surround room 502, where two nurses were said to have met their end through either suicide or foul play.

I captured several potential EVPs in the electroshock room, near the chapel, and on the fourth floor. Analysis of these could not provide any clear determination of a paranormal origin, however. Also on the fourth floor, we recorded multiple loud knocks and bangs when we asked for a sign of a spirit’s presence. The best photographic evidence of the night was taken by fellow Spirit Seeker Jason Hall, who captured what appears to be an image of a shadow person passing by a doorway. 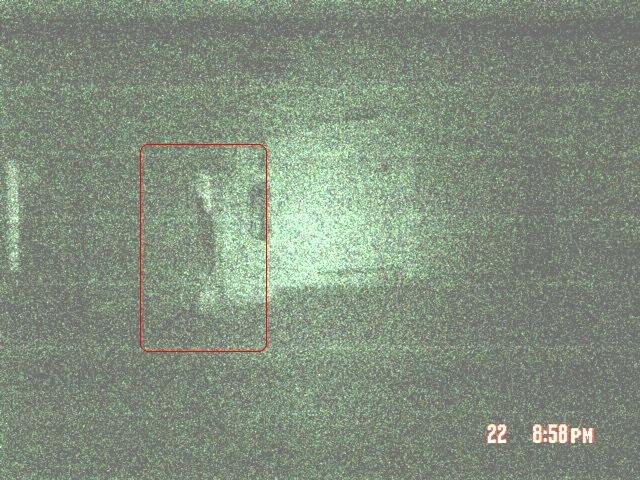 Many of our seven investigators had personal experiences which, while unfortunately not captured on our equipment, were certainly interesting. Several of us took turns lying in the morgue’s body rack alone to listen and attempt to catch EVPs. One team member came running out of the morgue after only a few minutes, claiming that his leg had been shoved by an unseen force. He was shaken enough by the experience that he smashed his nose on the bracing above him in the racks as he scrambled out. On the second floor, myself and two others saw what appeared to be a shadow figure passing by the entrance to the chapel.

External to the main building is the 500 foot long “Body Chute”, a supply tunnel running under the facility that was also used to transport bodies either to waiting family members or to a mass grave located on the grounds. The rather steep incline made the trip back up a bit more of a workout than we were looking for. The acoustics in the tunnel made capturing EVPs tricky, as there was a noticeable echo. While filming and recording with another investigator there, I asked for a sign that someone was with us. At that moment, my camcorder powered off on its own. When turned back on, it had an hour less battery life remaining. Could it have been an entity attempting to gain enough energy to communicate?

Overall, we found the trip very enjoyable. The staff was professional and courteous, and they left us alone to investigate at our own pace. I highly recommend a visit to anyone who has the opportunity. Is Waverly Hills haunted? While we didn’t collect enough evidence to give a definitive “yes”, our graveyard shift at the sanatorium led us to the conclusion that spiritual forces may well be at work there. I’m looking forward to another chance to spend a night wandering its dark hallways in search of proof.