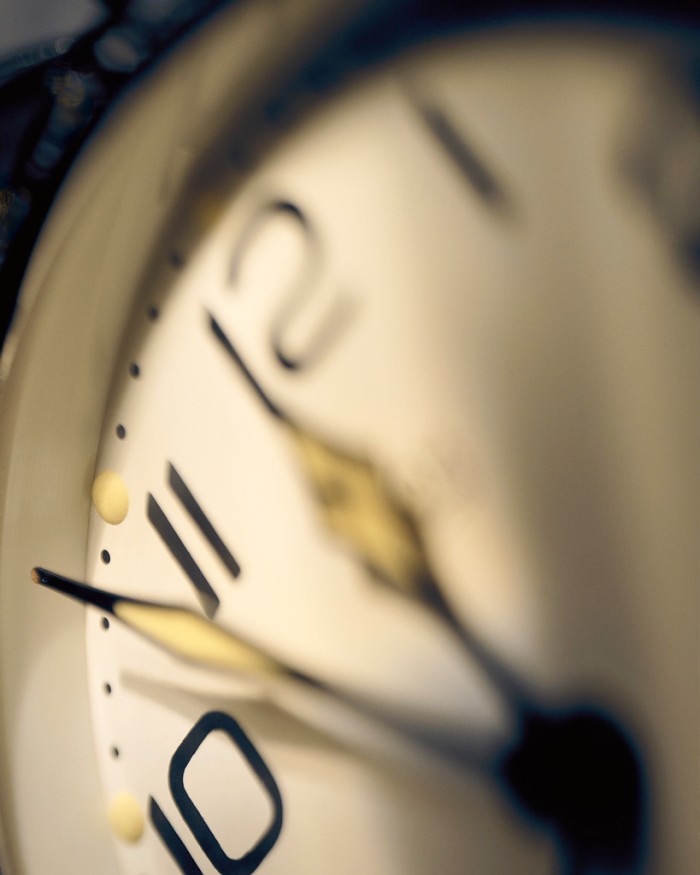 Time is complex. It is more than just the passing of seconds and far more than a method of sequencing events.

Since its inception as a means of tracking sunrise and sunset into quantifiable measurements, time has taken on a life of its own and has become so complex and layered that it staggers the human mind to this day. There are two schools of thought on time, two distinct views, one being “Newtonian”. The “Newtonian” view, named after Sir Issac Newton holds that time is a fundamental structure of the universe in which events occur sequentially, like a filmstrip. It is within this view that people believe time-travel would be possible as you simply have to have a way to move from one frame to another.

The other view of time is that time in and of itself is not an event or even a thing and can not be measured or traveled. Instead it is part of space and numbers by which humans can catalog events.

Regardless of your personal scientific view on time it is an essential part of our lives. We use time to measure age and wage, to ascertain distance and use it as a means by which events are judged. Labor contractions, marathon goals, how long cookies in the oven need to bake, how long a movie takes to watch from start to finish, and how many miles you should be able to travel within one hour.

But what happens when our concept of time is shaken or distorted?

The effects of a snafu in linear time has come to be known as “Time Displacement”. This phenomenon accounts for missing time, time moving out of sync with the surrounding environment and spatial abnormalities such as people moving at awkward angles or in impossible ways.

By scouring the internet you can come across an insurmountable number of entries from people who have experienced time abnormalities and the general consensus is that the experience is unsettling, frightening and  leaves the person who experienced it shaken and awestruck.

Confused? Here are some examples, chances are you may have experienced something similar and can now attach a name to the phenomenon in question.

You get off work and slip behind the wheel of your car and start the engine. The next thing you know you are sitting on your couch with the mail in your lap and the dog is looking at you like you are crazy. You realize that you do not remember anything about the drive home. You have lost an entire section of time. This example can be applied to any instance where you lost a chunk of time.

Another example of time anomalies is what has come to be known as false-memories. These are events that occupy your memories and are so real that you remember specific details, but according to others, the event never happened.  I recall one summer I would drive around the rural areas of Baltimore County with friends. One day we were driving on one of the roads we traveled frequently and came upon a small town that had a diner in it. We LOVED diner food and the atmosphere. We loved drinking coffee and smoking cigarettes surrounded by chrome and the sound of spatulas clanging against the grille. So when we found the diner in this small town we were thrilled.

We ate at a booth in the back. I remember the color scheme was teal or aqua green and the required chrome paneling. The air inside was a little humid and the food smelled terrific.  I remember we ate standard diner fare and talked about how we found a hidden treasure and we would have to go back.  A week later we were sitting outside smoking and I suggested we go back to that diner that we went to last week and my friend asked me what diner I meant.  I told him the one that was past the “seven sisters turns” in the road. (A series of twists and turns in the road that urban legend claims that a bus carrying seven catholic nuns crashed, killing all 7 Sisters.)

He remembered riding with me but insisted we never got out of the car and that there was most definitely no diner, or town, for that matter. I called his bluff and we drove back through the wooded twists and turns and ultimately came to…nothing. Just ongoing road that ended up looping back around from where we came. That was it. No diner, no town and somehow I had spent an hour in a diner that never existed and spent that time with a friend who had no recollection of these events.

Another manifestation of the phenomenon is time moving out of sync with the surrounding environment.

Lisa is a single mother of two living in Huntington, MA. She also happens to be the founder www.ghosts.org which is the oldest source for paranormal stories, photos, and documentation of the unexplained (sans UFO). On her site she shares a story about an event in her high school physics class that defies..well…physics.

“Here is a true story that happened to me my senior year of high school (five years ago). I posted this on alt.dreams many moons ago, so a few of you might remember it from there. (It’s not a dream, but for some reason I posted it there anyways!) Keep in mind that even though the description is long, the entire incident in reality probably lasted less than 10 seconds.

Anyway, this happened in my physics class. The teacher was late, so we were all (about 25 students or so) sitting around goofing off, as teenagers are apt to do. One of the guys, Kevin, was up in the front of the room writing something on the blackboard. The physics room was equipped with those heavy black lab desks, and there was one of those right in front of the blackboard. It was raised to mark it off as the teacher’s desk (I guess).

We had done an experiment the day before with a big bowling ball (as opposed to candlepin… this was New England BTW :), and the bowling ball was still sitting on the desk where we had left it the day before. All of a sudden, for no apparent reason, the bowling ball started slowly rolling off the desk. It started in the middle of the desk and was rolling to the right if you were facing the desk from the back of the room. Now here is where things get weird. When I say the ball was rolling slowly, that is an understatement. The ball was in slow motion. Kevin was still up behind the desk at the blackboard, and he was just standing there with this totally spaced out expression on his face, watching the ball roll towards the edge of the desk. Everyone else in the room was just sitting there, and we were all watching the bowling ball creep ever so slowly across the desk. I remember trying to say something to Kevin, but it was like my body wouldn’t respond to my thoughts. Like my brain was moving in normal time, but my body was in slow motion.

Finally one of the guys in the class managed to say (in a very slow, deep voice) “Kevin… the bowling ball…” Kevin was sort of standing sideways to the desk, and he whipped around (still in slow motion… imagine watching a Stallone movie where Sly is jumping or running in slow motion) and attempted to run after the bowling ball, which by this time was teetering at the very edge of the desk. He took one or two very slow steps before the ball finally fell off the desk and crashed very loudly on the hard floor.

The crash of the ball seemed to break the spell that held the classroom, and suddenly everything was back to normal. Everyone was just sort of sitting there with wide eyes and open mouths, totally stunned. You have never heard a quieter room of 17 year olds in your life. After a few seconds, everyone started giggling and talking nervously about what had just happened. Everyone agreed that it had been like time was slowed down, especially poor Kevin, who said he had been trying with all his strength to move more quickly and couldn’t (he was a running back for the football team).

Has anyone else ever experienced anything like this? It was very, very weird. I would write it off to my imagination if the WHOLE class hadn’t experienced this simultaneously. I guess it is worth noting that a couple of girls in the back of the classroom didn’t notice anything weird and thought we were all nuts. They in fact hardly noticed the whole incident until everyone else started freaking out.”

Then there are reports of seemingly impossible events such as time slowing down completely during a high-school soccer practice which was experienced by the entire team and spectators. It sounds like something out of The Matrix, but these experiences are beyond the control of the people experiencing them which begs the question to be asked: What exactly is happening during these moments of time displacement?  Whatever it is, it is real and it happens more frequently than we think. It is more than just a case of mass-hysteria and because of the supernatural-like qualities of the events, modern science doesn’t seem to be interested in the phenomena.

Who out there has experienced time displacement in any form? I am curious to hear other personal experiences as they relate to time and even space displacement.

Share your story with us, it will only take a few minutes.