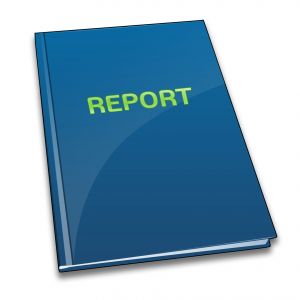 Listen closely to the EVP by clicking on the link above. This was taken as SPIRIT Seekers co-founder Alan Lowe explained to the homeowners what dowsing/divining rods do. As he is talking about the rods crossing and uncrossing you will hear what sounds like a whisper followed by a clang.  I am not going to say what it is I hear whispered but I will say that it sounds like a suggestion or a request/demand.  At whom it was directed I am not sure. I am not even sure if I am hearing what I think I am hearing.  It has been attached for your review.

Female Psychic picked up an older male spirit, perhaps a pipe or cigar smoker whose name started with E. Could be a grandfather or father figure. The homes male resident said his grandfather was named Ernie or Ernest. When asked if he smoked he claimed the man smoked cigarettes, not cigars or a pipe that he knew of.

The male psychic present felt a connection to an older male with a connection to Texas and felt this applied to the actual owner of the home who is the residents’ landlady, Ms. June. The occupants said they would ask the landlady/owner about this connection to see if it makes sense.

Alan had received correspondence from a young couple in Sherwood, AR who claimed that their young son was interacting with a spirit in the house and that there have been instances of strange noises, sensations of being watched and followed and the female homeowner recorded strange sounds in her kitchen.

When we arrived the team psychics walked through the house. Neither picked up on anything on the walk-through. The kids were up and walking about and there was too much activity going on to concentrate. The psychics decided to just bring stuff up as they felt it.

At this point we did a baseline reading of the house to determine the naturally occurring levels of electromagnetic fields in the house. That way if there was a spike as a result of paranormal activity we would be able to recognize it. EMF is measured in Milli-Gauss or mG units. A safe average is roughly 2.5 mG, though television sets and computers can produce extremely high units of electromagnetic energy when turned on. We discovered that there was consistently a high level of EMF in the house in excess of 200mG, coming from televisions, lamps and electrical sockets and surprisingly the light switches.  Everything in the home was putting out EMF and creating a giant “fear-cage” effect where the EMF has nowhere to go and ends up hitting the occupants from all sides.

Constant exposure at such high levels can cause paranoia, dizziness, rash, nausea, vertigo and other side-effects in people who are sensitive to electromagnetic fields.  We feel that this explains a lot of what the homeowners are experiencing when they feel they are not alone, when the feel they are being watched, etc.

We then walked around and took pictures. many of our pictures had orbs in them that appear not to be supernatural. Possibly dust artifacts reflecting the light of the flash on the cameras. The orbs in my pictures did not meet the SPIRIT Seeker classifications for spirit orb identification. (must be round, show independent motion, self-illuminating) I am unsure at this point if the orbs captured by others can be classified as spirit orbs.

After taking pictures we met with the child who saw the ghosts and he was an adorable kid with a very active imagination. His stories were not consistent with what he had told his parents and he was thoroughly enjoying the attention. We are unsure if what the child is telling us is real or imagined or a mixture of both. At this time we will take them simply at face value, they didn’t have much bearing on the investigation anyhow.

We began the EVP session which was conducted simultaneously with Alan’s divining rod session. We asked the standard stock of questions. While we were conducting the session one Psychic said they felt that the spirit was native American and asked the homeowner if they had native blood. The homeowners stated they did not. The dowsing rods crossed “yes” indicating that the spirit was indeed Native American. Further questioning revealed that the spirit was on the land as a part of the “Trail of Tears” and was angry at what he/she experienced then. The spirit said it was mad but not at the family that lived there currently.

Dowsing rods are not evidence unless the information received can be corroborated with other evidence. In this case I do not know that we have any evidence to support the claims of a native American spirit, so the information gathered during this session was simply that: information.

It was during the EVP/Dowsing rod session that I captured the EVP (or what I believe to be an EVP) cataloged above.

We then used the experimental phone application “Ghost Radar” It spoke the following words:

familiar– spoken at 9:39 p.m. (could it be that the “neighborhood” is “familiar” to the presence?)

interior-spoken at 9:40 p.m. (We were discussing if the blips on the ghost radar were coming from outside or inside the house when the word “interior” was spoken.)

June-spoken at 9:41 p.m.(I had asked earlier for something specific. When this word came up I asked if the month of June meant anything to anyone and the residents stated that June was the name of their landlady.)

As you can see, this application is hit or miss and I am still not certain how effective a ghost hunting tool it is. Some of the words, just like our investigation at Fort Morgan, were pertinent and others were as cryptic or nonsense as ever.  The jury is still out on this method of investigation.

Lastly, one psychic picked up a connection to Texas and said that it seemed to apply to the homeowner and not them. They were asked to inquire of June their landlady if she has any connections to Texas. It was an older male, like a father figure.

We closed out the night by informing the home’s occupants that there doesn’t seem to be much happening in the home that can’t be explained. High EMF’s contributed greatly to what they are experiencing. As for the recorded sound the woman captured on her voice recorder, it was the sound of a dog barking outside. We actually heard the very dog bark while we were there.  We told them we would review the evidence and get back with them.

Are They Haunted: You have to wait until the final report to see what the SPIRIT Seekers have to say about that.