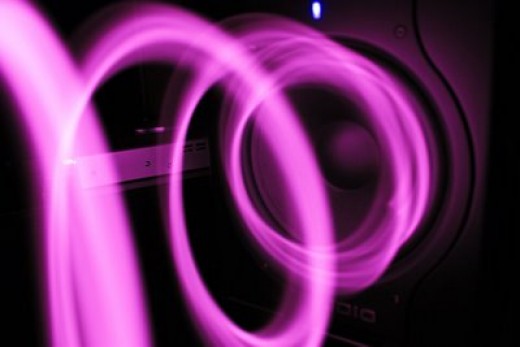 Being a skeptical paranormal investigator is a burden. In every larger organization there is bound to be a large subset of individuals who want to believe so deeply in the fact that the place they are investigating is haunted that they will overlook logical explanations in favor of accepting any noise or other anomaly as a definitive sign of a haunting.

Prime example, on a recent investigation to an abandoned hospital, a member of my party spent a large amount of time chasing orbs, convinced that the erratically moving balls of light captured on her video camera were indeed disembodied spirits. What they disregarded was the fact that they were filming on their cell phone with the flash enabled. Any small flying insect or speck of dust would have lit up like Christmas. No one could convince this investigator otherwise, to them, it was proof of the paranormal.

Getting to the root of a haunting though is not always as simple as using common sense though. Sometimes that weird moving light that you see could simply an illusion with no discernible source. That moving black shadow you see could simply be a bubble in the vitreous humor of your eye moving past your retina. There are things like this that you simply can’t recreate and if you can’t recreate it then it must be paranormal.

I am not saying that there is no such thing as ghosts, I am saying that I don’t know what they are or how to document their existence when there are so many natural explanations that can explain away supernatural happenings.

One of the first things we as investigators typically do upon entering a site is to get baseline electromagnetic readings. We know that high levels of EMF can cause certain physiological responses in the human body. So if there is a high level of EMF in a home or in a business, we have to take that into consideration as a possible explanation for what the home/business owner is feeling leading them to believe their location is haunted.

Many of the Spirit Seekers investigations have ended with the realization that there is some outside factor contributing to the alleged haunting. We have had a gentleman complain that a presence in his home was making him dizzy, disoriented, and nauseas. It turns out that his oven was leaking natural gas. Not enough to kill him, but enough to make him sick.

Another investigation we were on revealed that the business owner was slowly being poisoned by sewer gas that was leaking up through dry drains in floors and sinks/toilets. He flushed the pipes with water and wouldn’t you know it, he reported that the instances of dread, panic, nausea, and other flight or fight responses had subsided.

An old woman whose home was allegedly haunted turned out to be bombarded by high levels of EMF from an old security camera monitor by which she sat every day and night resulting in the sensation that she was not alone.

One unseen variable that we need to take into consideration when investigating is the presence of “infrasound”.

Infrasound is any low frequency sound that falls below the 20Hz per second threshold of human hearing. As frequencies decrease below the 20Hz range, so does our ability to hear them. The higher the intensity of the infrasound (intensity, not volume) the more likely it is that though we cannot hear the sound, we can feel it in other parts of our bodies.

Infrasound can cause vibrations in parts of our bodies and affect our heartbeat, equilibrium, and our vision amongst other things.

Because we can’t hear sounds at this frequency we assume that any side-effect of being bombarded with infrasound is the result of a paranormal presence.

But just what kind of effects are we talking about?

In 2003 a group of researchers in the UK were able to expose a group of 700 people to music laced with ultra-low frequencies at 17Hz.  22% of people attending the rigged concert reported anxiety, deep sorrow, fear, revulsion, pressure on their chest, and chills down their spine.

Additionally, the presence of infrasound can cause the human eye to vibrate and spasm causing blurred or distorted vision that can indeed give off the impression of movement where there is none.

Detecting infrasound though is tricky. It can’t be done with regular audiometers as most meters simply gauge sound that can be detected within the capable limits of human hearing. There are scientific monitors that are used specifically to detect infrasound and can be found at sites used to monitor earthquakes, volcanoes, and controlled explosion sites but run well into the thousands of dollars price range, and they are cumbersome and not at all portable.

An experimental portable infrasound detector is available for right around 400 dollars, but that is a big price to pay for something listed as “Experimental”.

When it comes to investigating sites where the owner of the site reports feelings of dread, horror, panic, etc, you should look for sources of possible infrasound such as old/poor HVAC systems, bodies of water nearby, major highways, or powerful home audio equipment among other possible producers of infrasound.

Again, this is not to discount completely the idea that a place could be haunted and that the feelings of dread and panic that seize the owners of the property are not caused by the presence of paranormal activity. You should just use sound judgement and discount anything natural before attributing anything to the supernatural.

3 thoughts on “That Haunting Sound”